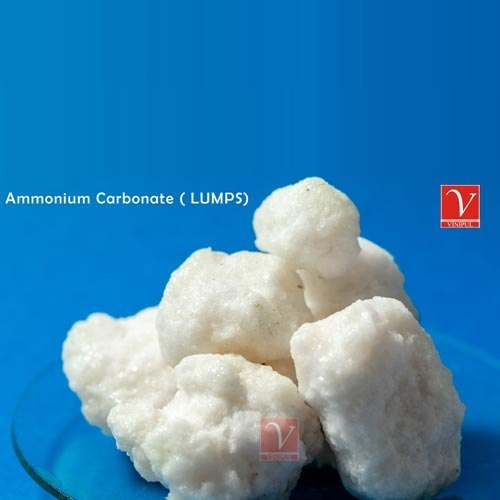 Ammonium carbonate is a white solid which dissolves in water. It reacts with acid to make an ammonium salt & carbon dioxide and reacts with bases to make ammonia gas. It can also be made by reacting carbon dioxide with ammonia. It can be used in cough syrup & to make bread rise.